The shocking truth: You may never reach the destination you set out to find – and it doesn’t matter 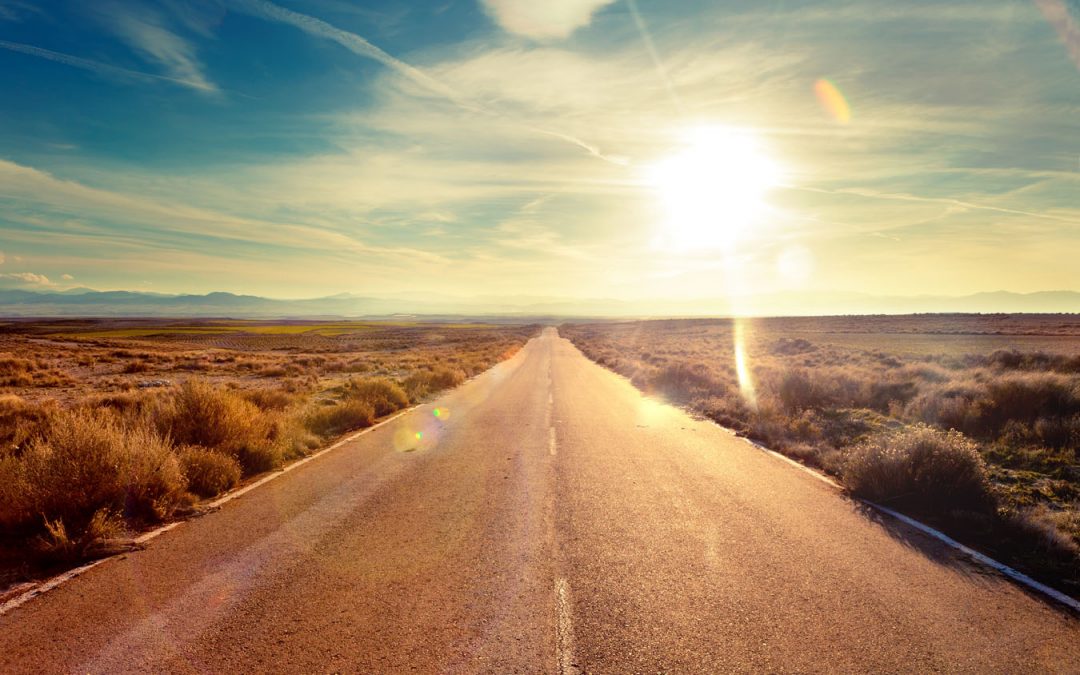 The Journey Is The Destination

Most people are running as fast as they can to get something they don’t have. But the truth is, no matter how hard you try, you may never achieve the goals you had when you began your journey. But it doesn’t matter. You may find something far greater. Or better still, you may discover what really, really, really matters along the way. You may discover the real purpose of your life… and it’s probably not what you expected.

That’s why it’s so important to focus on enjoying the journey itself.

To win in this game, live from your heart and be here now, with what is, instead of struggling every day, hating your life and hoping the destination will be worth it in the end. It won’t be.

Loving life – all of it – is the secret key to your freedom. When you fully accept life, as it is, right now, you come into the magical moment of peace. Instead of resisting what is and fighting with life, you open your arms to the unlimited. You discover the beauty in the pain and the benefit in everything.

EnlightenedPreneurs realize that there is benefit in everything. They know that each moment contains a seed for future benefit. They enjoy the Now. They are held by grace and find beauty in each moment.

What happens if you ignore this, and instead spend your life chasing carrots on the end of a stick?

There are many highly “successful” people who sacrificed their happiness to get what they wanted. They got their carrot. They even got a whole field of carrots –  miles and miles of carrots.

Guess what? After a brief moment of celebration, they were disappointed or even depressed. Once they reached their destination, they said to themselves, “Is that it? What’s next?”

And they either came up with a new goal to achieve or started sliding down the slippery slope of addiction, depression, and consumption.

Robert Beamon, an American long jumper from Brooklyn had the dream of winning an Olympic gold medal. After many years of hard work and sacrifice, he was given the chance to join the USA Olympic team and compete in 1968 Olympics in Mexico.

After nearly failing the qualifying round due to nerves, Beamon advanced to the finals where he could, at long last, realize his life dream.

The big day came. He bounded down the track and leapt into the air for just seven seconds before landing in the sand. In those seven seconds, he had managed to leap eight meters and ninety centimeters (twenty-nine feet, two and a half inches). His jump was so remarkable and literally ‘off-the-charts’ that the officials didn’t have the necessary tape to measure it. After temporarily suspending the event to find a longer tape, they returned to confirm Beamon had broken the world record by almost two feet! His achievement was so remarkable that even now, it is cited as one of the top five most amazing Olympic achievements ever.

As the result was announced, Robert Beamon realized he’d arrived at his ultimate destination. Now, in real life, he was an Olympic gold medalist and, to his surprise, a world-record holder! He had finally achieved his lifelong ambition and even exceeded it.

But like millions of others who achieve their dreams, that’s not what happened at all. Recalling those ‘moments of glory’ many years later, Beamon explained that the celebrations lasted for only a few moments. “When I got to the medal stand, I said, “What am I gonna do? I’ve reached one stage, and so what is the next peak experience in my life?”

A week after the event, he’d almost abandoned athletics completely. Instead of training for his next event, a week later, he was sitting at a desk, taking sociality classes towards a master’s degree.

This is not what we’d expect from someone who was at the peak of his career, a world record holder and a modern-day legend.

But actually, his response to ‘massive success’ is remarkably common. Scores of others, from movie stars to musicians to best-selling authors and so-called successful people of all walks of life, have similar stories to tell. They get what they want, realize it means nothing (or very little to them) and move on to something else.

The luckier ones are those who get what they want and then swiftly move on to something else to keep them busy.

Some highly successful people like Kurt Cobain, lead singer of the grunge band Nirvana wasn’t so lucky. After coming out of nowhere and taking the world by storm with the album Nevermind, Nirvana was blasted into the limelight. Millions of dollars and fans poured in from every direction. Everyone wanted a piece of him. Cobain’s ambitions to make it as a musician had been realized thousands, perhaps millions of times over. By all accounts, he should have been happy. He was, after all, a massive success story – something other bands envied. He had defied all odds and achieved the highest level of prestige and fame. In 1994, he shot himself in the head with a shotgun.

If you do your research, you’ll find thousands of examples of people who get what they want and end up either deeply depressed or quickly change directions and go charging after another goal: best-selling authors, millionaires, billionaires, astronauts, winners of all stripes and colors. They get what they want, feel a few fleeting moments of celebration, and before they know it, they are either depressed or desperate to find something else to focus on. In some cases, these people actually enjoyed what they had before they were rich and famous. For them, the fame – the destination – actually ruined their fun.

But the worst of all are the millions of people who reach their destination only after abandoning the life they love to achieve it. Despite Kurt Cobain not being able to enjoy his ‘success,’ he did, at least at some point, enjoy making music. The music was meaningful to him. The destination- the raving fans scratching at his skin and the relentless media attention – was not. He’d rather be dead.

But most people, without a path with a heart, lose out twice. Consider the businessman who sacrifices his health and sabotages his relationship with his family to work long hard hours at the office. After 40 years of long hard slog and sacrifice, he finally achieves his life-long dream, to retire in comfort with his family and live out his golden years in pleasure.

Only the plan never happens. He never arrives. Why not?

Firstly, due to years of neglect, poor diet and overwork, his body is worn out. This means now, at age 65, just getting through the day is agony. On top of that, by being mostly absent from his family life over the last 40 years his family, the ones he hoped to enjoy his retirement with, don’t feel they know him, nor do they especially want to be around him. He has, after all, blown them off in favor of his work and not been there for them. There is a coldness between him and those who ‘he worked so hard for.’

Instead of retiring in style with his family, his wife left him and took half his money to be with someone who actually loves her. His kids don’t feel connected to him and don’t like his nasty temper. Now he lives alone, watching TV, drinking beer and trying to manage his pain.

He is not the only one who ends up in this type of situation.

Realize this deeply. Awaken from this trance. Discover your path with a heart now and start enjoying your life today.

The destination, money, fame, time, and freedom are all bonuses along the way. Don’t make them your reason for doing this work. If getting the ‘prize’ is the only thing to keep you going, you won’t last.

If you hate your work on a day-to-day basis, it will end up haunting you. The path will turn against you and try to kill you. It will become your greatest sorrow. So remember this clearly.

If you don’t enjoy what you do most of the time, it’s probably not worth doing at all.

If you don’t enjoy the journey itself, you are on the wrong path. You are on a path without a heart.

But even if you are living a life you love, that’s not to say that everything you do will be easy or pleasurable. Your journey will not be like walking on a bed of rose petals, although at times it may be. Happiness is not the same as pleasure. To be happy, don’t expect everything to be easy. Instead, you find a path with a heart and enjoy the journey; all of it- the highs, the lows, and everything in the middle. It’s an inner attitude; a stance you take towards life.

You do all you can to love your life. You embrace it all. You give it all you’ve got and create the kind of life that sparks joy and inspires you.

If the work you do is not in-and-of-itself enjoyable to you, then it may be best to give up now and find something else your love instead because where there is love, life flows. Love turns challenges into games and problems into possibilities. By focusing on enjoying the journey, each day becomes a gift. Every day is an opportunity for growth. Each day is an adventure. The adventure is the destination. You have already arrived.

The whole of life is one bizarre, elaborate journey. Ultimately, the journey itself is all that exists. Even if you arrive at a destination, the destination is itself just part of the journey. You can focus on being here, right now, with what is. Become witness to the Eternal Now.

Right now and in every moment, you can choose to enjoy the ride, because life is the ride.

And so is this…

When you awaken, you know who you are. You know you are a spiritual being. You are here, having this experience called life, like a guest on an extended vacation.

You know what life really is an unfolding adventure, a game, a virtual reality experience- and you start enjoying the ride, because life is the ride.

As you embrace the journey, you realize you are always safe. You love the game… and you bow to it. You know what life is all about.

Those who live only for the future rewards while sabotaging themselves in the Now are always miserable. They are miserable now, and even if they get what they want, they will remain miserable then. They go from misery to misery, unable to enjoy life, chasing the destination they never reach, like donkeys chasing the carrot.

EnlightenedPreneurs know better. They are awakened now. They know the journey is the destination. They don’t live for tomorrow, while suffering through today.

They realize NOW is the moment of power.

This is all you have. And this, right now, in and of itself is a profound wonder. The whole world is here for your entertainment.